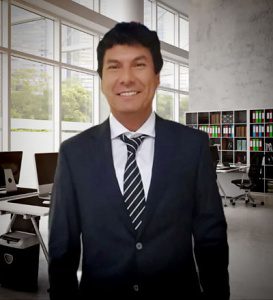 EFFECTIVE PROTECTION OF APPELLATION OF ORIGIN IN PERU

An appellation of origin is a special kind of geographical indication used on products that have a specific quality or characteristics that are essentially due to the geographical environment in which they are produced. These special characteristics imbue these products with a unique and distinctive quality.

In spite of the fact they are not distinctive signs in the strict sense, they generate rights, and the use of the appellation by any other marketer is prohibited.

In other words, an appellation of origin is not a mark but it generates rights in accordance with international treaties and national laws of each country and it is used to legally protect products that are manufactured in a given area against producers from other places who would take advantage of the good name that the originals have.

Producers who qualify for the appellation of origin

Producers who qualify for the appellation of origin are obliged to maintain the product’s highest quality and traditional production. For example, in the case of wine, it is required to use the classic local grape.

Also, a public regulatory body often allows producers to use the appellation of origin to fulfill the requirements.

Advantage of the appellation of origin

The most important advantage of the appellation of origin is that it guarantees the consumer a constant quality level and specific characteristics. In return, producers get legal protection against the production or processing of such products in other areas, even those which use the same ingredients and procedures, providing price pressure on those products. It also encourages the sector’s organization and facilitates access for producers to national and international markets.

The situation in Peru

Only appellations of origin recognized by the National Institute for the Defense of Competition and IP (INDECOPI) are protected in Peru. A treaty between Peru and the country concerned is required for names of origin from foreign countries to be protected.

INDECOPI has issued a welcome resolution granting indirect protection to the foreign appellation of origin ‘Solingen,’ registered as a trademark for protecting products made from a particular type of steel on behalf of INDUSTRIE- UND HANDELSKAMMER WUPPERTAL-SOLINGEN-REMSCHEID from Germany.

A foreign appellation of origin needs to benefit from a treaty between the country of origin and Peru, but in this case, no treaty exists. INDECOPI, precisely the second instance Administrative IP Office, stated that even though the designation of origin Solingen is not protected in Peru, and because not everyone in Peru knew the existence of this place, the IP office decided to keep the word ‘Solingen’ as a trademark, granting the exclusive use of it to our client, allowing the valid owner of the name to continue denouncing unscrupulous traders who import products from China under a fake appellation of origin.

In the first instance, the administrative court had agreed with the nullity action of the trademark. Still, the second instance changed this verdict because it does not make sense to annul a brand that is also an appellation of origin, even if it is stipulated in the IP law. We point out that although it is specified in the act, the rules should not always be applied literally but should be considered in the context of the object and purpose of the law. The court of INDECOPI took this point.

Our main ground and INDECOPI’s opinion was that if the brand Solingen were annulled, this word would be without protection, vulnerable to any pirate or counterfeiter who could use this sign to mislead consumers. Therefore, annulling the trademark would open the door to the pirates.

We can say that now the brand Solingen has better protection because any ground based on the lack of distinctiveness of the mark would be discharged in advance by the division of IP of INDECOPI.